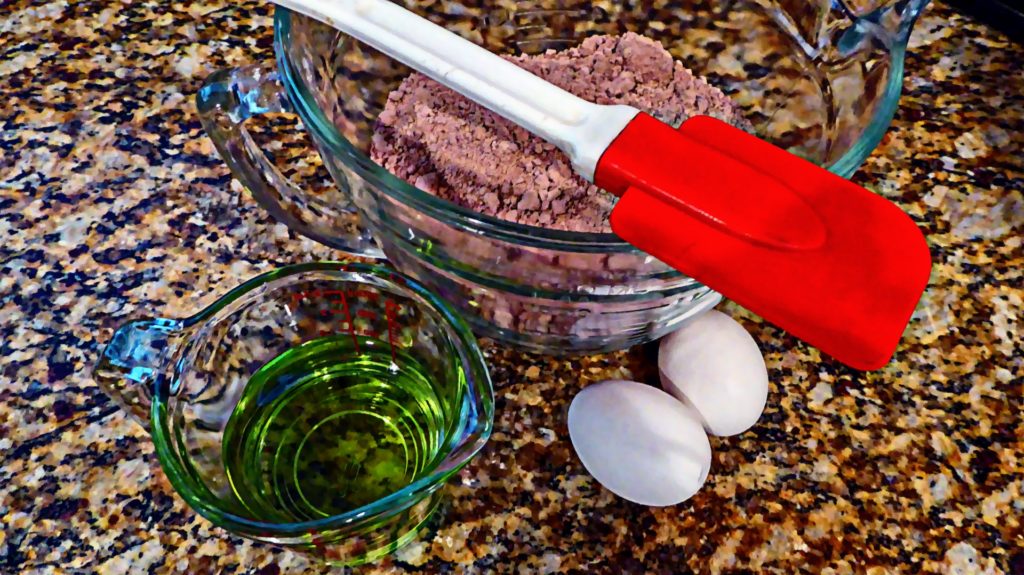 Newbie Baker: What More Eggs Do to Brownies

Whether you’re a newbie or pro baker, making brownies can be a bit of a challenge. And, that’s because there is no ideal brownie. Some people prefer them moist and chewy. While others prefer a drier texture. The secret lies in the eggs. This article answers one of the more common baking questions: “What does the egg do to the brownie?”

Why Eggs in Brownies?

1. They emulsify the dry ingredients

One of the main functions of eggs in brownie batter is to act as an emulsifier. Egg yolks contain a fat called lecithin. Adding egg yolk to brownies helps the dry ingredients combine with the butter or shortening. You can thank them for the creamy texture of your brownie batter.

2. They bind and leaven the brownie mixture

Eggs also act as a binding agent because they contain protein. When heated, it helps the crumb stick together. They are the leavening agent that makes brownie batter rise. Moisture and heat trigger a reaction. Carbon dioxide produces bubbles that becomes trapped within the dough. This is what gives brownies height.

3. What is the effect of egg whites in brownies?

We’re sure some of you are wondering about what will happen if you only use egg whites. You’ll still have a tasty brownie that’s much lighter. Egg yolks are what give brownies that rich taste.

An example of a brownie that calls for more egg whites than yolks is brownie biscotti. Biscotti, a twice-baked biscuit, originated in Italy. In some parts of the world, its dry and crunchy texture makes it ideal for dipping in coffee.

So, what do egg whites do for brownie biscotti? Most recipes entail separating the whites and whipping until they form stiff peaks. This gives the brownie biscotti the firm and crispy texture it’s known for.

These are what make up the basic science of eggs in brownies. In the next section, we’ll discuss what adding more eggs does to your brownies.

What does an extra egg do to brownies?

When we say extra, we mean adding more eggs than a recipe calls for. As mentioned earlier, eggs act as a binding agent. Most brownie recipes call for two. So, how do brownies react to three eggs? They give brownies a lighter, drier, and more cake-like texture. If you prefer this over the chewy variety, then go ahead and crack in that additional egg.

On the other hand, too many eggs will yield brownies that are hard, heavy, and tough.

Tip: When adding room-temperature eggs to the batter, do this one at a time and make sure it is thoroughly blended before adding another.

What is the function of an egg in a brownie mix?

Brownie mixes exist to make baking this choco delight faster and easier. But, have you ever wondered why most still need an egg or two? That’s because the mix consists of dry ingredients and still needs the moisture, fat, and protein to turn into batter.

Want to know the best way to learn how to bake your best brownie ever? These experiments will show you what works and what doesn’t.

Make batter by whisking 1-cup Maya Kitchen Brownie Mix and 1 tablespoon of water in a bowl. Transfer it to a small baking pan and cook it in an oven toaster. Notice how the batter puffs up then falls.

Make a new batch of batter following the instructions above. Except this time add an egg. Notice the difference in texture? That’s because it has the required structure to trap the carbon dioxide.

Now whisk in 2 more eggs to the batter. Notice how the brownies are somewhat rubbery. Th larger amount of protein from the egg causes this. Some desserts are made this way, such as bread pudding.

Add 2 tablespoons of cooking oil or melted butter to the recipe. This will yield soft, moist, and gooey brownies. Any more oil or butter and it will be heavy and too oily.

These experiments will give you a good idea of what your ideal brownie is. Yes, eggs are necessary but how many will alter the outcome. In the end, it all boils down to taste. When it comes to baking battle, research is half the battle and practice makes perfect.

Now that you know the science of eggs in brownies, why not test your know-how? Here are some NewGen Baker brownie recipes that our readers love.

These delicious treats involve creating a caramel layer and chocolate ganache that is poured over the brownie. Top it with nuts to add crunch and marshmallows for extra sweetness. Check out the recipe here.

Espresso and Kahlua give this dessert a kick just like its cake counterpart. A light coat of cocoa powder adds the finishing touch. Check out the recipe to learn how to make it.

This recipe calls for butterscotch brownie mix. The Maya Kitchen has a delicious product that you can pick up at the grocery.

The rich and unique combination of butterscotch and cream cheese make these a surefire hit at any gathering.

Orange-flavored chocolate or ones filled with orange liqueur usually top any cocoa lover’s list. These Brownie Orange Squares are all that, but in brownie form. Top it with orange zest and garnish with candied orange slices

Who says you absolutely need to cut your brownies into slices? This delectable cake consists of marshmallow fluff sandwiched by layers of fudge and butterscotch brownies. Yum!

We hope this post helped you understand what eggs do to brownies. If it did, share this post with your fellow bakers. Did you experiment with our recipes? Let us know how that went by leaving a comment below.